It seems like much of our lives is spent on wondering about the one, when they’re going to show up, how will we know when it’s them, etc. Such and so forth..

I think sometimes we as singles can overthink it so much, to where “The One” literally passes us by. In today’s blog, “The Truth About The One.” I’m going to give you three practical tips you can use when it comes to finding the one. I hope these little nuggets will help make finding your true love even easier.

Who wants a relationship without the Lord being involved?

I’ve had too many relationships in the past without His blessing and all of them quickly turned sour.

One thing I’ve learned from experience is that,

If God is not in it, neither will I be.

Including The Lord in your decision making process rids your love life from a lot of confusion. I believe The Lord will surround any relationship He approves of, with “His Peace.”

I don’t want to stay on this point too long, because I think it’s pretty self explanatory. However, I must make some things very clear. When it comes to asking the Lord if someone is “The One.” Make sure you’re hearing from God👂🏽and not from people or yourself. You don’t want to say “Yes!” to someone The Lord has not approved of, neither do you want to dismiss a person The Lord has placed right in front of you.

Something happened to me a while ago, and I thought I heard the Lord say something about this man I was interested in. Turns out,

The Lord never said anything…😬

Just recently when I asked The Lord about this man again, (just out of curiosity) His response was this,

“Takyah I never told you anything about him. You simply took my silence as Me saying No.”

After hearing that, all I could say was “Oh.”

In reality, what really happened was, I’d become anxious and wanted to know right away if this was “The One“.

(Because I sometimes fear wasting time, if ever I start to like someone, I usually go to God and get straight to the point)!

But, since The Lord didn’t answer me quick enough (like I wanted Him to) I did what I’m notorious for doing! I messed the whole thing up! 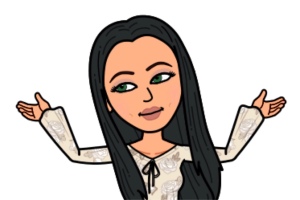 I told myself “no” told the guy “no.” Then I completely shut myself down from this person and went on about my business.

⭐️NOTE: Have patience singles and try not to be “so deep.”

Sometimes, God will say “No.” right away, and sometimes (as I’ve just recently learned) He will be silent, and leave the rest for you to figure out. If you’ve already messed it up, like me. That’s okay! God already knew you were going to do that from the beginning, so don’t fret my loves!

If God wants someone for you, He knows how to make people do a total (360) & come back around! & if not, God’s got your back regardless! Trust sis/bro The Lord is not slack on giving out spouses!

However, for future references, I do want to leave you with a wisdom nugget.

⭐️NOTE: Don’t mess up something with someone that could be good for you, because you didn’t get a, “YES THIS IS THE ONE!” from God right away.

2. The Person You Can’t Live Without

This point is mainly for my guys.

When it comes to finding “The One“, because (finding/pursuing) her, is mainly a job shared between you and The Lord.

Yes! The Lord will help you out fellas. He did it for Adam, he did it for Isaac, and he can do it for you! He is no respecter of persons.

However, once God presents someone to you, you do have a part! I want to give you a tip that I believe is going to help make your part just a little bit easier!

And don’t dare give me that, “I only talk to one woman at a time crap!” Because I don’t want to hear it 🤚🏽!

Now, back to the point.

Let’s say you’re talking to 3 different women. Not exclusively in a relationship with each one, (that’s cheating) but let’s just say you’re simply talking to them, and getting to know each one a little better, (before you decide on which one you want to be with).

When it comes to narrowing it down and finding “The One.” I want you to get a mental picture of all three women that you talk to.

Now that you’ve got that picture. I want you to take the first woman and completely erase her from your little black book!

Because now, Lady number one has just gotten married!!!

And the man she got married to

Envision this woman posting pictures of her and her new man,

and how much fun they’re having together on all these beautiful trips!

Envision her and her husband (not you) posting “It’s a boy!” Baby pictures all on her timeline.

Imagine watching from the sidelines as her and her new hubby opens up a business together and becomes all cute and successful!

And then The Holidays roll around…

and just when you thought you’ve had enough,

Her husband (Not You) posts about how much he loves her, how she’s the best Gift God could have ever given him, (blah, blah, blah)

Envision this same scenario with the second woman in it, and finally the third.

The woman who (the idea of her being with someone else) angers/grieves you the most, is probably the one you should focus on. Obviously, (unbeknownst to you) she’s the one you like the most.

When it comes to “The One“, I think you should simply,

⭐️Find the person you can’t live without and make it work with them.

If you’re okay, with your lady friend marrying someone else and seeing pictures of her and her new boo posted all down your timeline, (and it doesn’t bother you) you’re probably just wasting time with her (until you think someone else better comes along).

If something inside of you boils 😤 when you picture a particular woman getting married and you know you would NOT be happy seeing this woman with someone else.

Let that be an indicator that you should (probably) do something about it, and if you’re already talking to her, maybe you should make the relationship between the two of you exclusive. By all means don’t rush into anything! But, I must warn you not to be too slow either.

We don’t want this picture below to be your fate.😬

(This tip is not a prerequisite to finding “The One” I just think it’s pretty cool.)

Having someone who thinks differently than you is beautiful. Your not annoyed by each other. Yet you compliment each other so well.

You like hot 🔥 they like cold ❄️so you guys decide that warm is best for the both of you.

You like banana’s 🍌, they like pudding 🥣and you put them both together and you got a delicious 🤤 banana pudding. (I made banana pudding the other day, that’s why I used that example.)

But you guys get where I’m going with this! Right? (lol)

The Thing is, opposites make great relationships. You have one person who’s spontaneous and another person who stays in the box, and it’s a complete adventure when the two of them get together.

I don’t know about you, but I once tried to date someone who was just like me, and it was boring. We made great friends. But boyfriend and girlfriend?

We were so much alike it was crazy! Even his birthday was a few days before mine! He didn’t challenge me, he didn’t think differently than me, we always thought just alike.

It was a nice… boring relationship…

In finding “The One” I believe being with someone who’s different than you can be so beneficial. It’s okay to have some things in common but having everything in common is not that fun.

⭐️NOTE: Don’t shy away from people because they’re different from you, you might miss out on meeting a great person.

Embrace your differences and learn the world through someone else’s point of view. That’s what makes relationships truly beautiful!

Once again it has been my pleasure!

There was an error retrieving images from Instagram. An attempt will be remade in a few minutes.

Check out this clip of me singing “Change Me” by Tamela Mann!